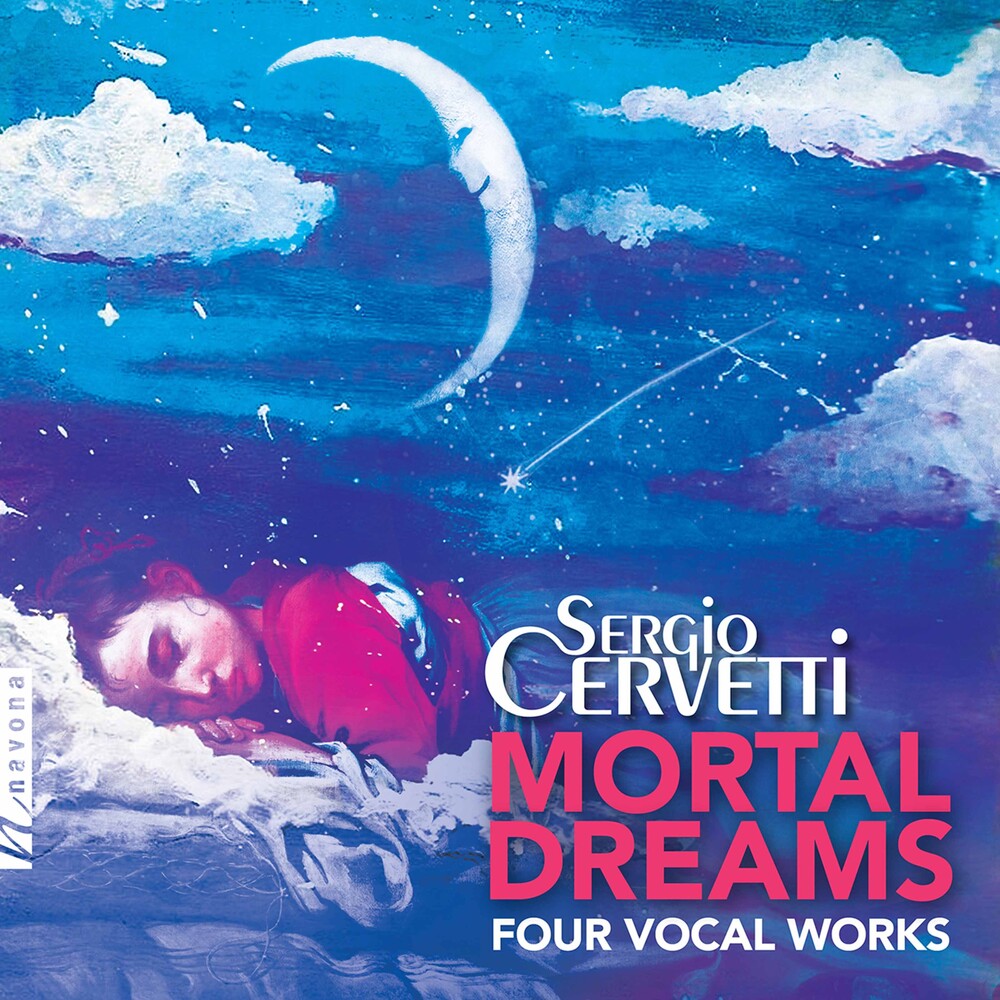 Uruguayan-born American Sergio Cervetti is sure to please listeners with MORTAL DREAMS, his ninth album with NAVONA. Cervetti, who, on previous releases, has firmly established himself as one of the most unique voices in contemporary serious music, again delivers electro-acoustic compositions that can be counted as some of his best in the genre. Cervetti may have been born in 1940, but he's certainly composing like never before. There are only four works on MORTAL DREAMS, but they are united by the vocals at the center of each piece, as well as by Cervetti's singular approach to composition. Influenced by the art of painting as well as the art of dance, these pieces paradoxically exude both a painstaking attention to detail and a certain effortlessness on a larger scale. Four Fragments of Isadora (1979) for soprano and piano are based on letters written by the famous American dancer Isadora Duncan to her lover. Cervetti deliberately chose excerpts to reflect not only the dancer's emotional states at the time of writing, but also her life at large: these fragments are, in effect, a compositional biography. Childhood (2007), one of Cervetti's more recent works, also deals with personal drama, even though the subject isn't explicitly named. It is an audible illustration of a mother whose daughter is diagnosed with Asperger's Syndrome, but whose maternal love shines through the prospect of the heartache and confusion caused by her daughter's condition. Madrigal III (1975) rests on a poem written by 15th-century Aztec ruler Netzahualcoyotl. It received rave reviews at the time of it's premiere. That Feeling of Power (2019) is a reflection upon the current political situation and a subversive analysis of thinly-veiled hegemony. It's a fitting end to this album: after all, Cervetti himself never shied away from being unconventional in musical or social matters.