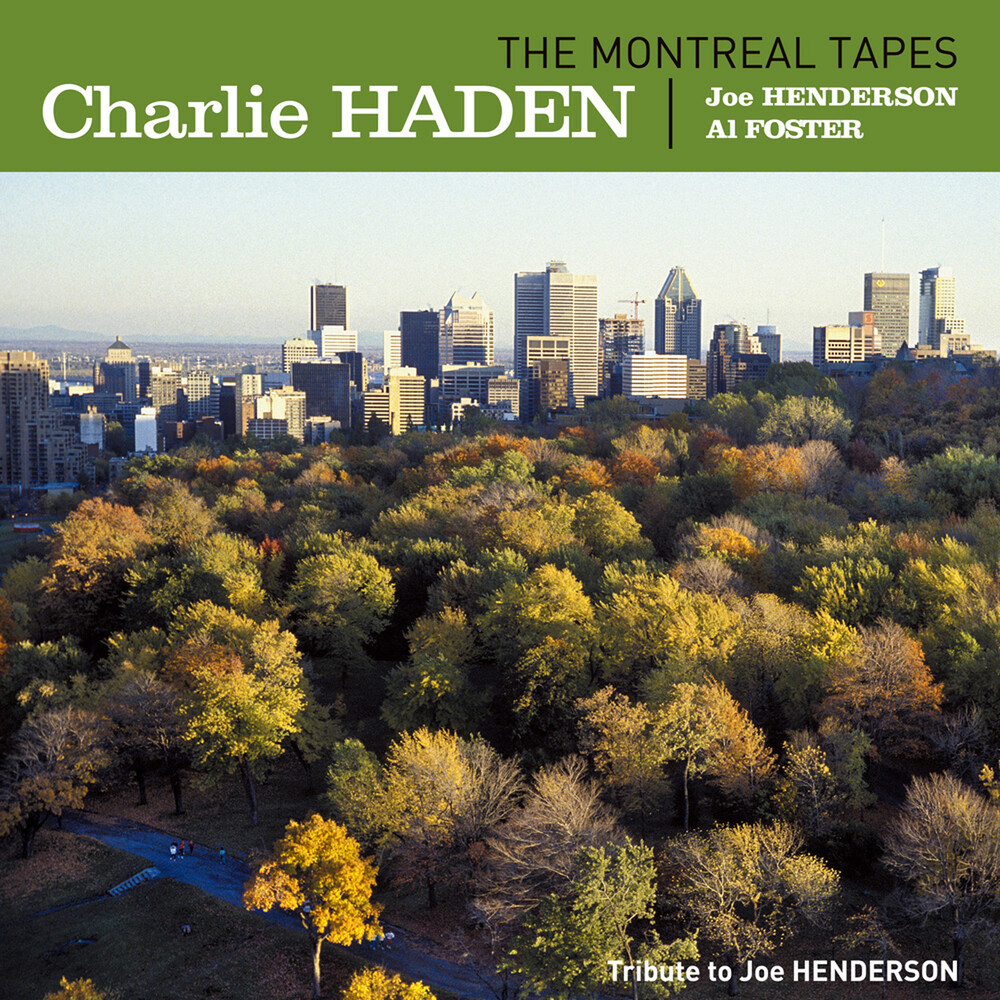 Produced for Societe Radio-Canada, the album was recorded live on June 30, 1989 (the opening night) at the Festival International de Jazz de Montreal in Quebec, Canada.'... This (session) is special because it features Haden in a trio of players not usually associated with him: drummer Al Foster - fresh from Miles Davis' band, and the late tenor giant Joe Henderson. In fact, Haden has subtitled the set, 'Tribute to Joe Henderson.' There are four extended tunes on the set, the shortest of which is the opener, a gorgeous, wide open rendering of Thelonious Monk's 'Round Midnight, ' on which Henderson begins to display some of the same modal soloing traits he employed on his Blue Note recordings Mode for Joe, and Inner Urge. As if this weren't enough, the trio ranges from the lyrically and harmonically sublime reinvention of Jerome Kern's 'All the Things You Are, ' to a wildly adventurous free jazz ride on Haden's 'In the Moment' - which begins like a classic bop tune and then forgoes all changes and time signatures in favor of pure improvisation - to a 20-minute blastoff take on Charlie Parker's 'Passport' to close the set. There is no lack of intensity or concentration, no mere going-through-the-motions here. This set is a powerful testament to the inherent musical communication of swing between three fine principals, and one of the best live trio dates issued in years.' - Thom JurekRecorded on 180g heavy-weight vinyl to ensure quality sound, packaged in gatefold cover, and covered by premium protective vinyl outer sleeve.The 'Play 33 1/3 LP Series' is a 1st LP issue project of the masterpiece albums which have never been released on vinyl LP. The albums are released by Universal Music Korea and the heavyweight vinyl LP is pressed in Germany. Khiov designs the project, reforms the original artworks for the LP size and produces the sleeves precisely by handmade. You will have a chance to experience great analogue sounds and to enjoy splendid artworks through the series.