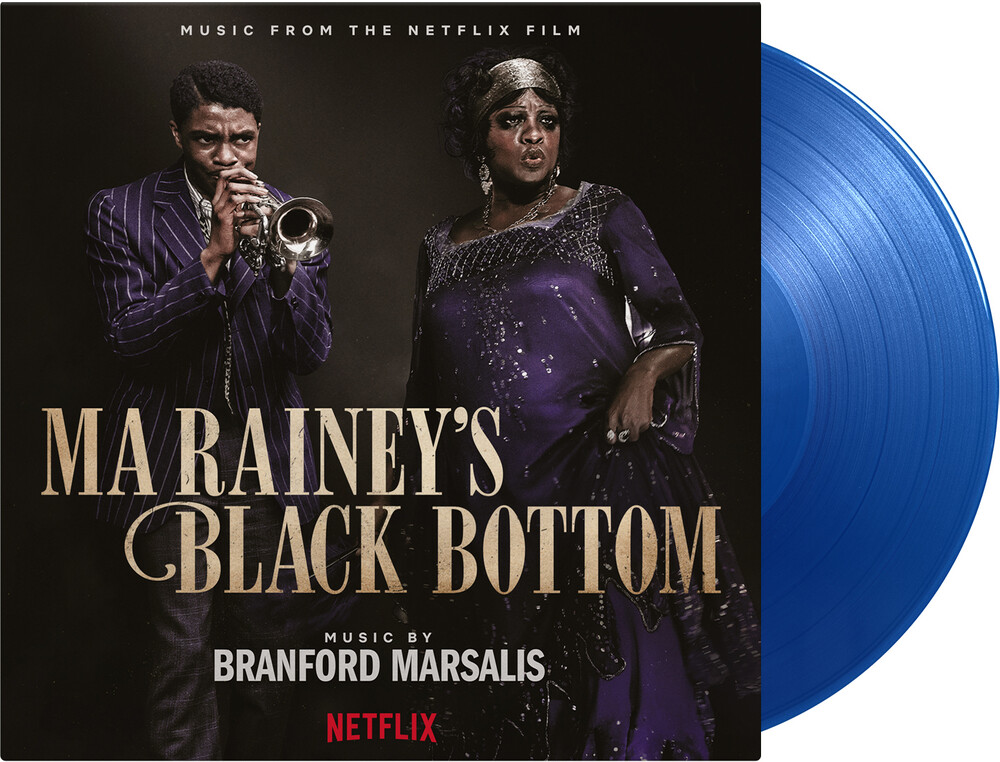 'Ma Rainey's Black Bottom is the official soundtrack to the 2020 Netflix original film of the same name about 'Mother of the Blues' Ma Rainey. The album features score music by critically-acclaimed saxophonist, instrumentalist, composer, bandleader and educator Branford Marsalis, as well as newly-recorded covers of both popular Ma Rainey tracks and blues and jazz standards from the era. The multi-GRAMMY Awardr winner brings over four decades of experience across stylistic boundaries to the project, imbuing the film with an authentic 1920s Chicago soundscape. The film was directed by George C. Wolfe and stars Viola Davis and Chadwick Boseman. It is lauded by critics and moviegoers alike, and it is expected that Ma Rainey's Black Bottom will be a favorite at many 2021 award ceremonies. Ma Rainey's Black Bottom is available to watch on Netflix now. The soundtrack is released as a limited edition of 1000 individually numbered copies on transparent blue vinyl. The package includes a 4-page booklet with pictures and liner notes by Branford Marsalis and director George C. Wolfe.