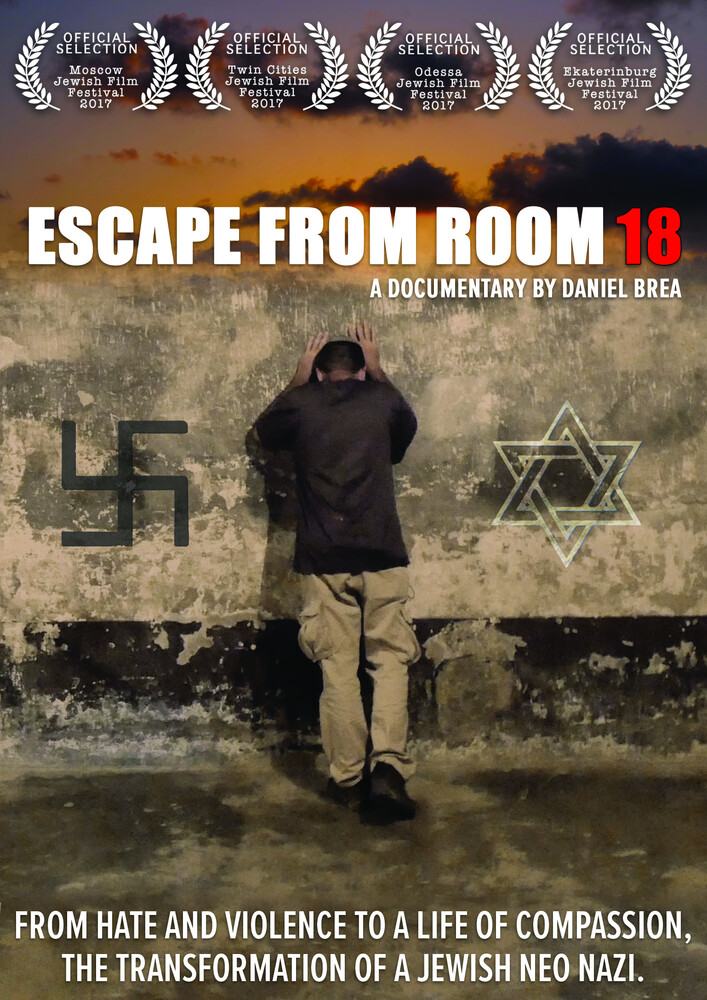 ESCAPE FROM ROOM 18 takes a twist that is so unpredictable, the film plays out as an unprecedented look at human transformation. John Daly was a high-ranking officer in one of America's largest neo-Nazi skinhead organizations in Daytona Beach, Florida. He learned early on to turn his human emotions off and accept hatred and violence as his way of life. When the neo-Nazis learned he was a Jew, they attempted to murder him. Years later he received an e-mail from someone from his long-forgotten past; a fellow ex-skinhead. Was this a new, clandestine attempt on his life or was this an invitation to salvation? Escape from Room 18 brings the viewer on a transformative journey from within organized hate and violence to the embracing of a new life of compassion and public atonement.