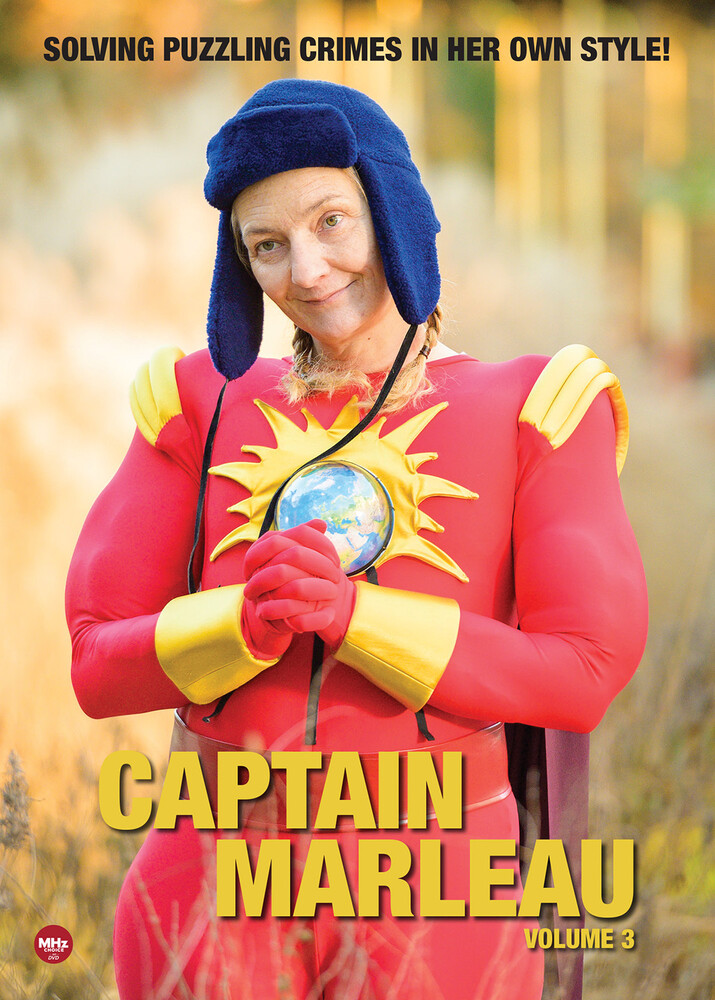 "Captain Marleau (Corinne Masiero) has a hunter's instinct, disguised under a deliberately offbeat veneer. As she says herself, she doesn't skim over cases, she plunges into them. Always on the prowl, she lies in wait for clues and her prey and takes them by surprise. In each episode, her hunt centers around a character played by a famous actor - men and women who are a match for the outstanding cop. Captain Marleau is the brainchild of French writer Elsa Marpeau, who describes her as a cross between Frances McDormand's Marge Gunderson (Fargo), Raymond Chandler's literary creation, Philip Marlowe and Peter Falk's TV cop, Columbo. The series is directed by another female French treasure, Josée Dayan (The Count of Monte Cristo, Rasputin). This team of women have created a policewoman who wears a parka and a Holden Caulfield hunting cap, dances and sings spontaneously, doesn't care what others think of her and sees through lies with laser clarity. Her breezy manner and little red braids suggest Pippi Longstocking and belie the fact that she's the smartest person in the room. French audiences swooned over Captain Marleau, just like coroner Léopold Salaun (Jean-Claude Drouot) - because she's a refreshing blast of crime-solving brilliance.