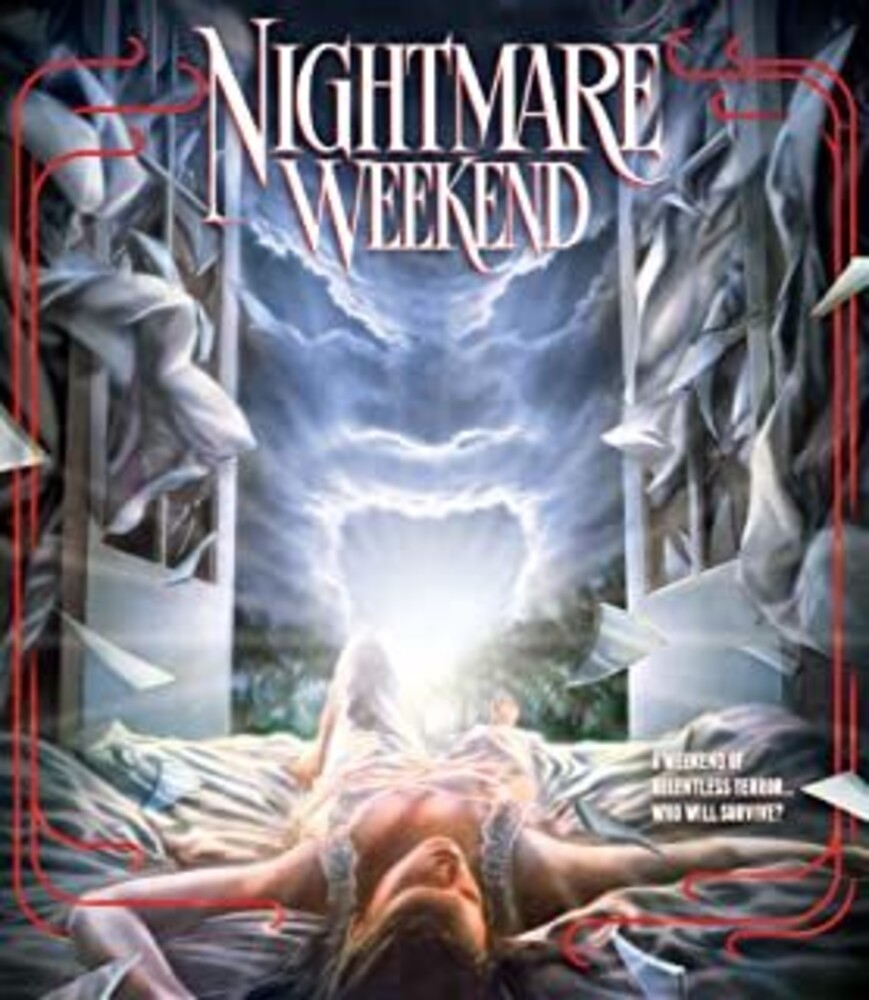 A brilliant computer scientist has just finished work on his greatest creation: a super computer with the ability to transform the personalities of bad and disobedient people. In anticipation of sharing his work with the scientific community, the scientist invites a fellow expert to test the machine on a group of debauched young women. Little does he know that his colleague intends to use the computer to turn their subjects into bloodthirsty mutants! Made by a French crew in Florida, NIGHTMARE WEEKEND is a non-stop assault on the senses. Head explosions, gratuitous nudity and softcore sex, bikers, roller-skating, and a telepathic hand puppet named George rank NIGHTMARE WEEKEND among the weirdest and most jaw droppingly absurd horror films of the 1980s. Long available only in low quality transfers of the R rated version, Vinegar Syndrome presents this forgotten trash masterpiece fully uncut and in widescreen, on Blu-ray for the first time!