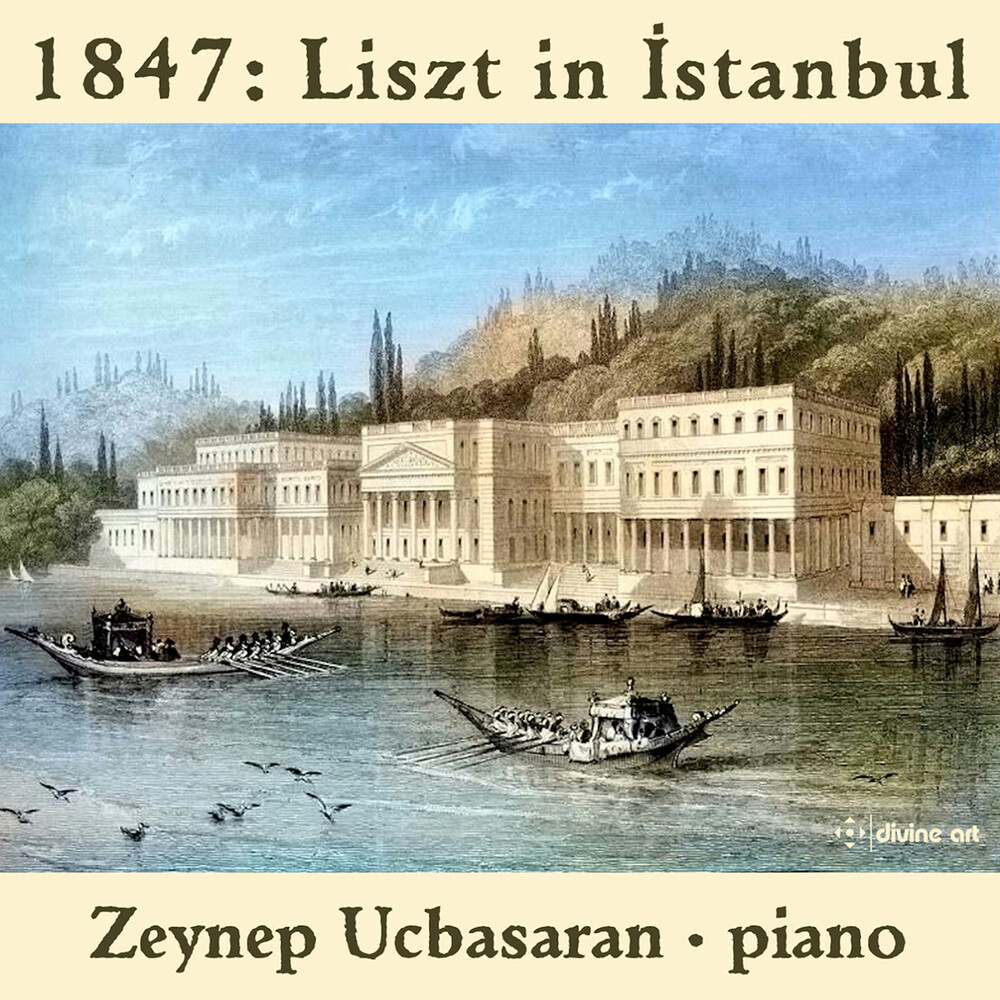 In 1847 Franz Liszt visited Istanbul (then Constantinople) and performed several recitals on an Erard piano specially shipped for him to play. He spent a month there and gave several concerts including two in the Sultan's palace. He was fêted and praised highly; at that time the city was a hub of Western culture and a frequent destination of Italian and French opera companies, so Liszt's operatic transcriptions found a receptive audience. Turkish-American pianist Zeynep Ucbasaran created a selection of works from Liszt's program which were broadcast throughout Europe in 2011 and performed live to great acclaim. Now this recital is committed to a recording which celebrates not only great music but also what was Liszt's final year as a virtuoso performer. Zeynep Ucbasaran began music studies in Istanbul at the age of four, then in Hungary and Germany before moving to the USA to obtain her degrees in Piano Performance. She has won multiple awards and performed in many parts of the world. She naturally has an affinity with the musical culture and heritage of her native Turkey.