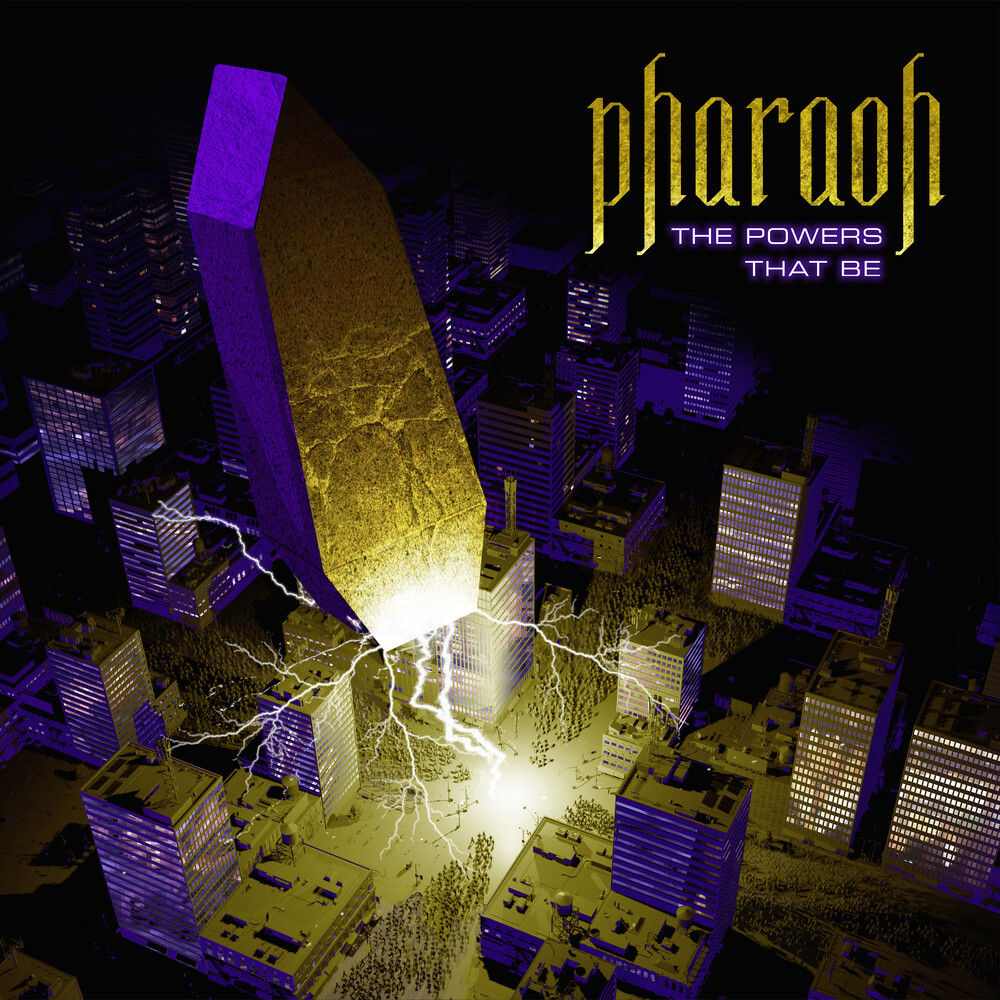 Pharaoh - featuring vocalist Tim Aymar, guitarist Matt Johnsen, bassist Chris Kerns and drummer Chris Black - started work on "The Powers That Be" as early as 2013 with hopes of following up 2012's "Bury The Light" quickly. Johnsen drove to Chicago to work with Black and formed the rough sketches of what eventually would become "Ride Us To Hell", "Lost In The Waves" and "Dying Sun". However, real-life and other priorities took hold. Guest appearances include longtime friend and frequent collaborator Jim Dofka (DOFKA) and a new face to Pharaoh, VOIVOD's Daniel Mongrain. "I was listening to the latest VOIVOD live album and I thought to ask Daniel, whom I've loved since he was in MARTYR," says Johnsen. "He was beyond awesome, and from the first contact to the delivered solo was less than a week. In the meantime, we had a lot of great talks about music and bands, and we both turned the other onto some new music to check out. And, of course, the solo is a wild thing of genius, so I couldn't be more pleased."