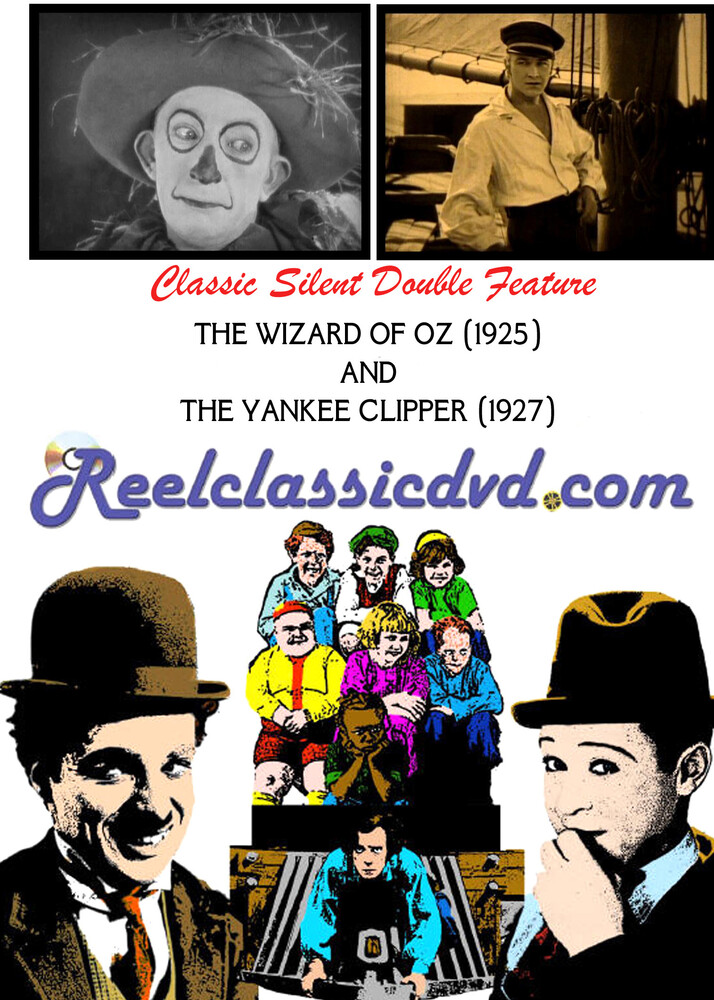 THE WIZARD OF OZ starring Larry Semon, Dorothy Dwan, Oliver Hardy, Mary Carr, Josef Swickard, Charles Murray, Spencer Bell and Frank Alexander. Directed by Larry Semon. Co-written by Semon and L. Frank Baum, Jr., this is a delightful romp based upon the characters created by L. Frank Baum in 1900 with his classic book, "The Wonderful Wizard of Oz". Baum himself would form his own motion picture production company to produce Oz films at the beginning of the 20th century, some of which are available from Reelclassicdvd. In this version, Dorothy is the rightful heir to the throne of Oz, but the evil Prime Minister Kruel, Ambassador Wikked and Lady Vishuss, plot to keep Oz and her citizens under the thumb of their corrupt government. Can Dorothy, with the help of the Scarecrow (Semon), the Tin Woodsman (Hardy) and the Cowardly Lion (Bell), wed the handsome Prince Kynd and ascend to the throne? THE YANKEE CLIPPER starring William Boyd, Junior Coghlan, Elinor Fair, Walter Long, Louis Payne and John Miljan. Directed by Rupert Julian. England and the United States compete for the lucrative tea trade by racing their fastest, most modern ships on a journey from China to Boston. The prize is not only the tea trade, but the winner takes the loser's ship as well. Captain Hal Winslow (Boyd), protects Lady Jocelyn Huntington from marriage with a cowardly villain, encounters a typhoon, discovers stowaways and battles a mutiny! Running 52 minutes, our version is made from a lovely, rare, vintage Kodascope with original tints.