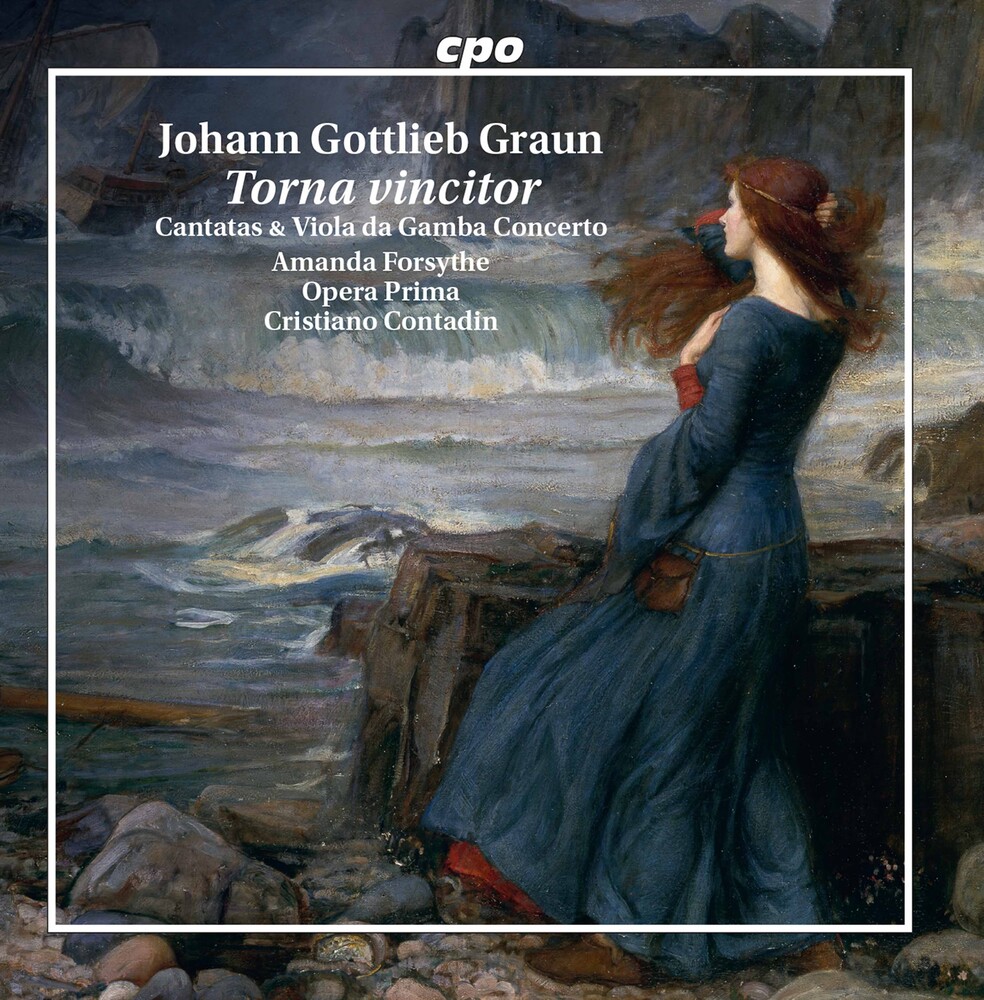 Of all the composers who wrote for the gamba during his times, Johann Gottlieb Graun must have been the most diligent one, even though he was not a virtuoso on this instrument. The twenty-seven works by him that are known to us represent significant contributions to the repertoire of the concerto, cantata, and sonata. All three of the works presented here contain grand solo parts for the viola da gamba that prove to be of the highest virtuosity. Graun evidently was interested in putting a virtuoso to the test. And the Italian gambist Cristiano Contadin, the founder of the Opera Prima ensemble, lives up to his reputation (as certified by the Musica magazine and other sources) as a first-class artist whose delightful delineation of tone and flawless style reveal a complete command of his instrument. The two sacred cantatas were composed in the Italian style on the basis of texts by Pietro Metastasio, the most famous librettist and poet of his times. They are sung by the American soprano Amanda Forsythe, who has won admiration especially for her interpretations of Baroque music - and is known from our cpo albums with the Boston Early Music Festival.