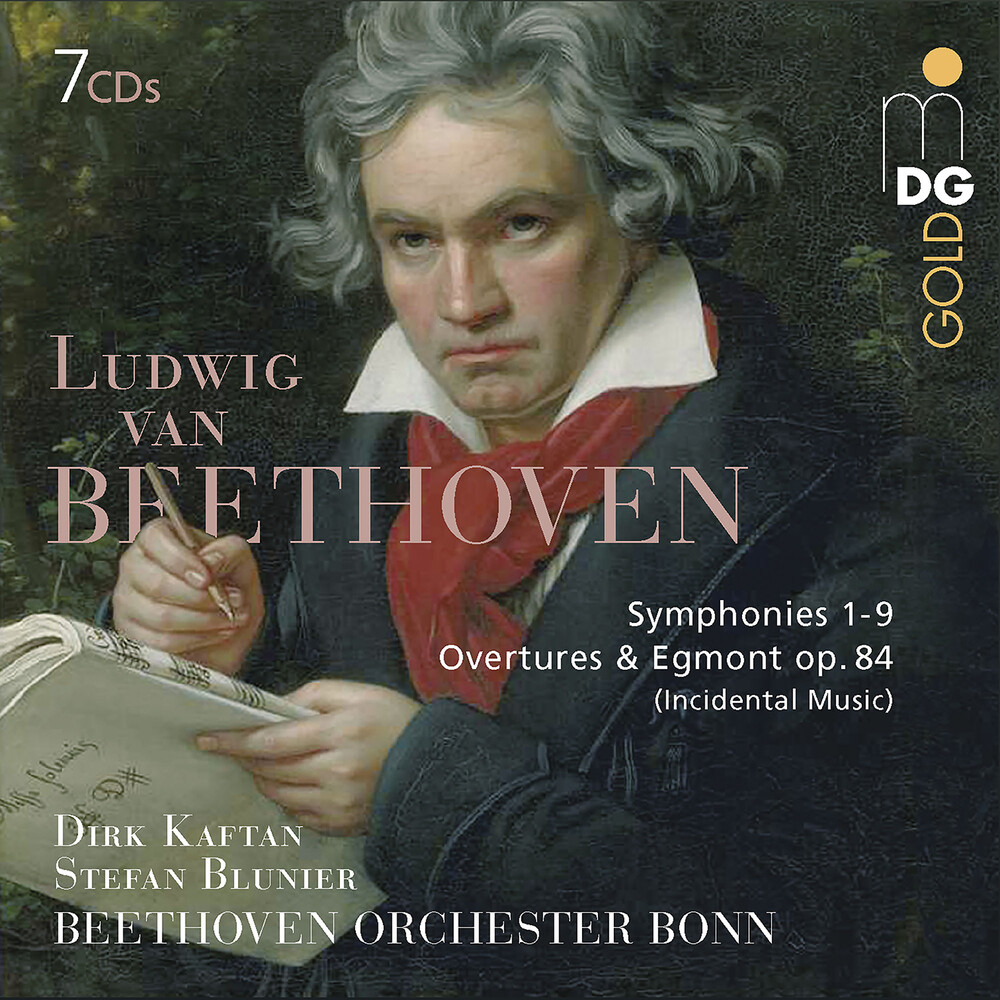 The Bonn Beethoven cycle won unanimous praise from the music press. The Pastoral: "Rewarding!" The Eroica: "Magnificent, intense, and genuinely beautiful." The Seventh: "Superbly transparent." For the 250th anniversary of the birth of Bonn's most famous son, his nine symphonies are now being released in an attractive box set, along with some rarely performed overtures and - as a special treat - Egmont in a new recording with the fabulous Matthias Brandt in a compelling new version of this gripping drama prepared especially for the occasion. This Egmont has been certified as "an exemplary interpretation" - a clear indication that the richly traditional Beethoven Orchestra is not content merely to rest on it's laurels. All of the symphonies and overtures were produced under the energetic conductor Stefan Blunier, a foundation on which his successor Dirk Kaftan has now very winningly built with Egmont. An invitation to a direct comparison is immediately offered: Blunier also recorded the Egmont Overture, together with The Consecration of the House, King Stephen, and The Ruins of Athens. The rarely heard Name Day Overture will also represent a welcome repertoire addition for a good many Beethoven enthusiasts. All these works of course have been captured in the finest Super Audio technology and lovingly mixed in a genuine three acoustic dimensions. It is thus that even audiophile music fans will get absolutely what they want - which comes as no surprise since the "brightly colorful, highly dynamic sound picture" won kudos from the expert ears of the music press. And those who have not yet experienced the advantages of the 2+2+2 recording technique developed by MDG, which conveys the acoustics of the Beethoven Hall and the radiant power of the Beethoven Orchestra in the finest detail and true to the original, will now have plenty of listening material by the birthday boy for explorations in this loudspeaker universe.