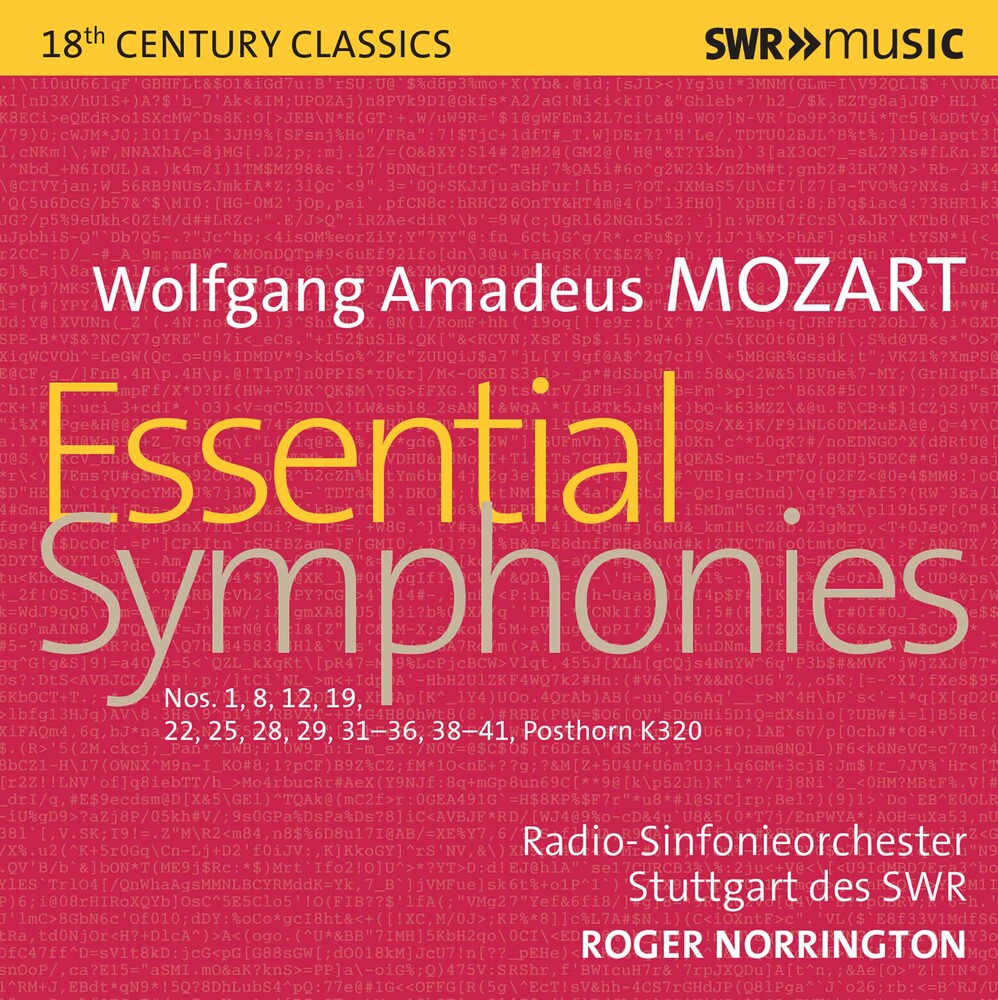 The Mozart symphonies on this album were recorded within two weeks at the European Music Festival Stuttgart in September 2006. More than 20 symphonies, ranging from the earliest to the last ten, were chosen to represent the superb range of the composer's output. The aim was to recreate as far as possible the playing style of the period. Roger Norrington used the exact orchestra size of each symphony at it's first performance (the smallest was a mere 18 players!). Tempos followed the most recent research. Bow strokes, articulation and phrasing were carefully studied, and of course the orchestra played quite without the 20th century vibrato. Every album in this edition contains a symphony from the early, the middle and the late period. The last four symphonies, however, were played in a much grander, and experimental, manner (24 violins and 16 woodwinds).
back to top