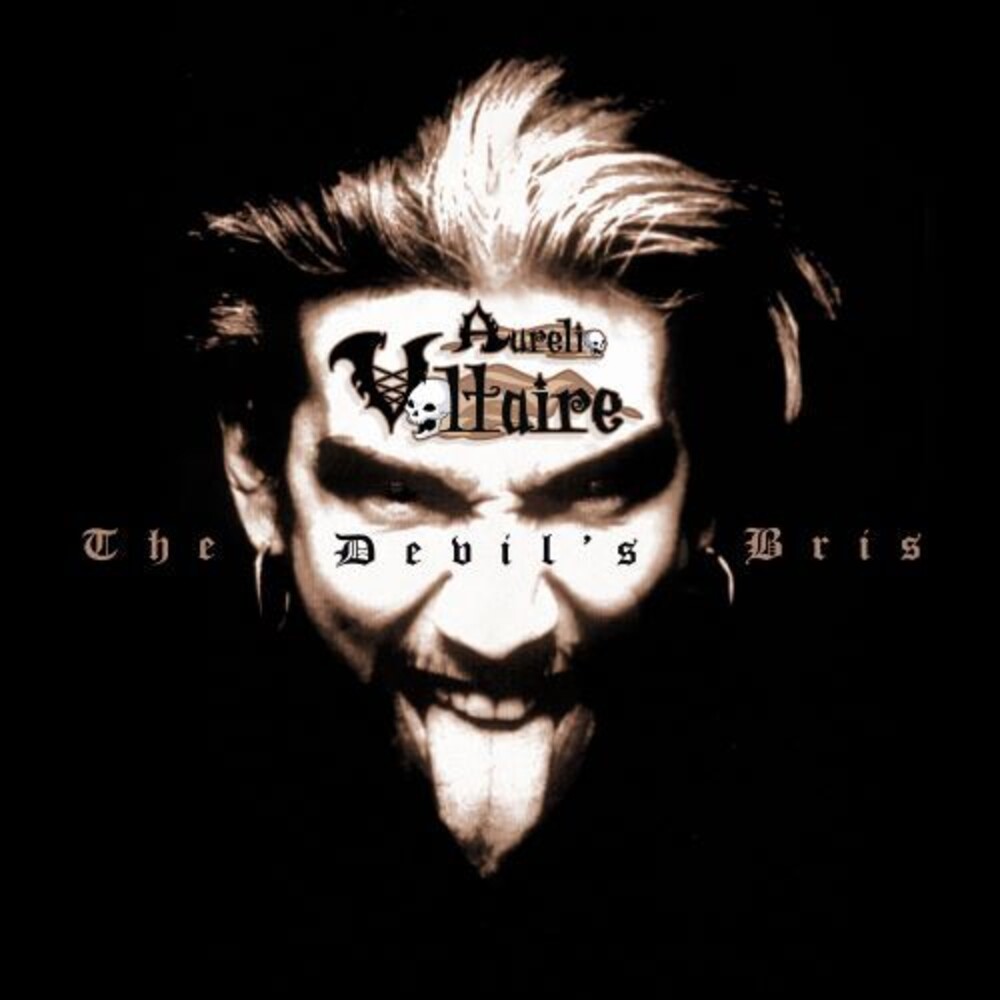 For it's 23rd anniversary Aurelio Voltaire's 1998 debut The Devil's Bris is released in a remastered editon of 500. His spookiest of albums contains "When You're Evil," one of his most-loved tracks. Along with goth club favorites "The Man Upstairs" and "Ex Lover's Lover." Meticulously remastered from the original mixdown DAT tape. Something wicked this way comes: Voltaire. Direct from the underground New York goth scene emerges this strange brew of gypsy violins, driving rhythms, sardonic wit and turn-of-the-century mayhem. Combining beautiful old-world melodies with viciously sarcastic lyrics, The Devil's Bris is the Three Penny Opera of the twenty-first century. With Wagnerian bravado and Brechtian allure, Voltaire has crafted twelve songs of love, loss, revenge and dismemberment sure to bring a smile to even the darkest of souls. BIO: Aurelio Voltaire is a modern day renaissance man. He's a singer, performer, creator of comic books, animation and toys. He's been recording and touring for 25 years, with 12 full-length studio albums. His music is a collection of murder ballads, tongue-in-cheek exercises in the macabre, with just enough bawdy songs to keep a convention audience rolling in the aisles. Many know him for his songs "Brains!" and "Land of the Dead" from the Cartoon Network show "The Grim Adventures of Billy And Mandy."