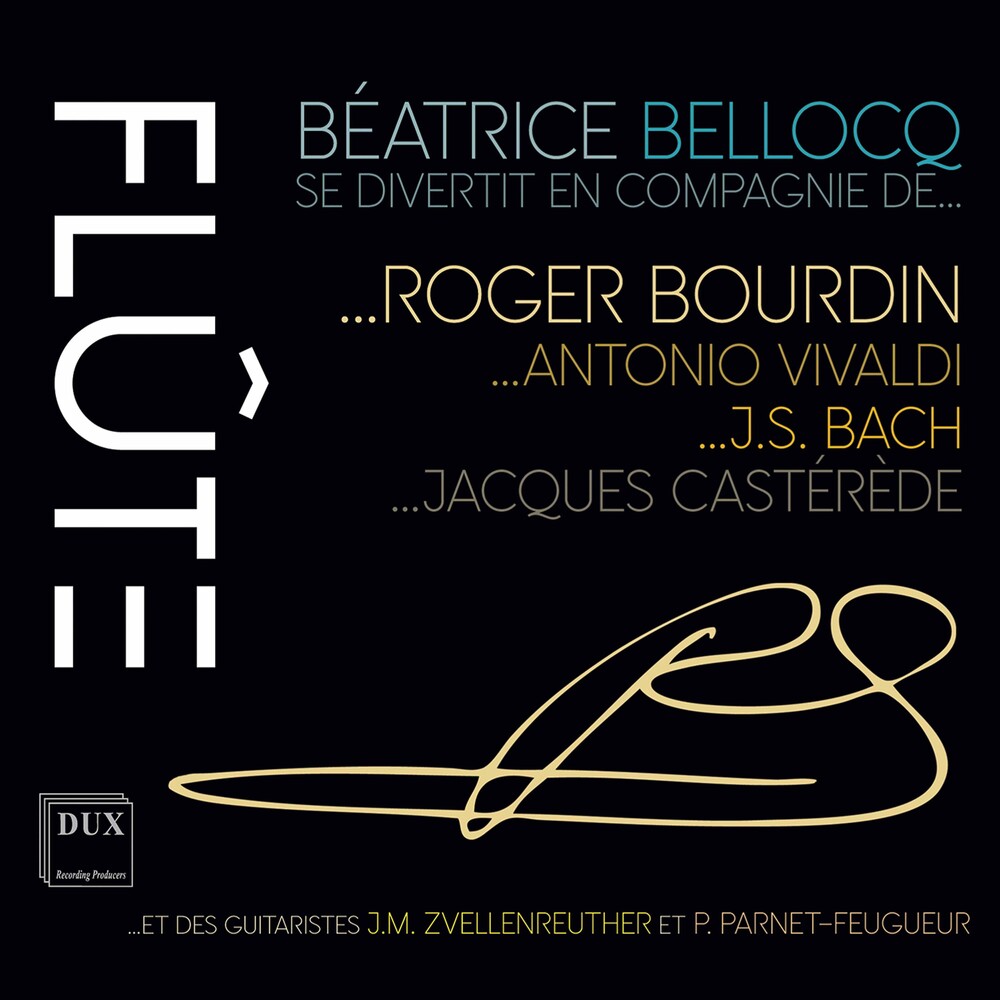 In 1971, Les Disques Pierre Cardin released the now legendary gramophone record Roger Bourdin se divertit en compagnie d'Antonio Vivaldi. 50 years later, the last and at the same time the youngest student of the Music Conservatory of Versailles, Ivane Béatrice Bellocq, a flautist and renowned composer (winner of 6 international awards), commemorates the upcoming100th anniversary of her master's birth with the album Béatrice Bellocq se divertit en compagnie de Roger Bourdin. The recording from 1971 stands out through it's excellent coherence and creative imagination of Roger Bourdin's intention, who successfully combined worlds that are generally alien to each other: baroque, entertainment music, and jazz. Béatrice Bellocq, on the other hand, musters up a bold gesture of connecting Roger Bourdin's worlds on her own terms: as a flautist, undertaking to find a way to perform her master's music (and thereby abandoning numerous and indelible memories, which - as Bourdin's students unanimously testify - is an extremely difficult task), and also as a composer.