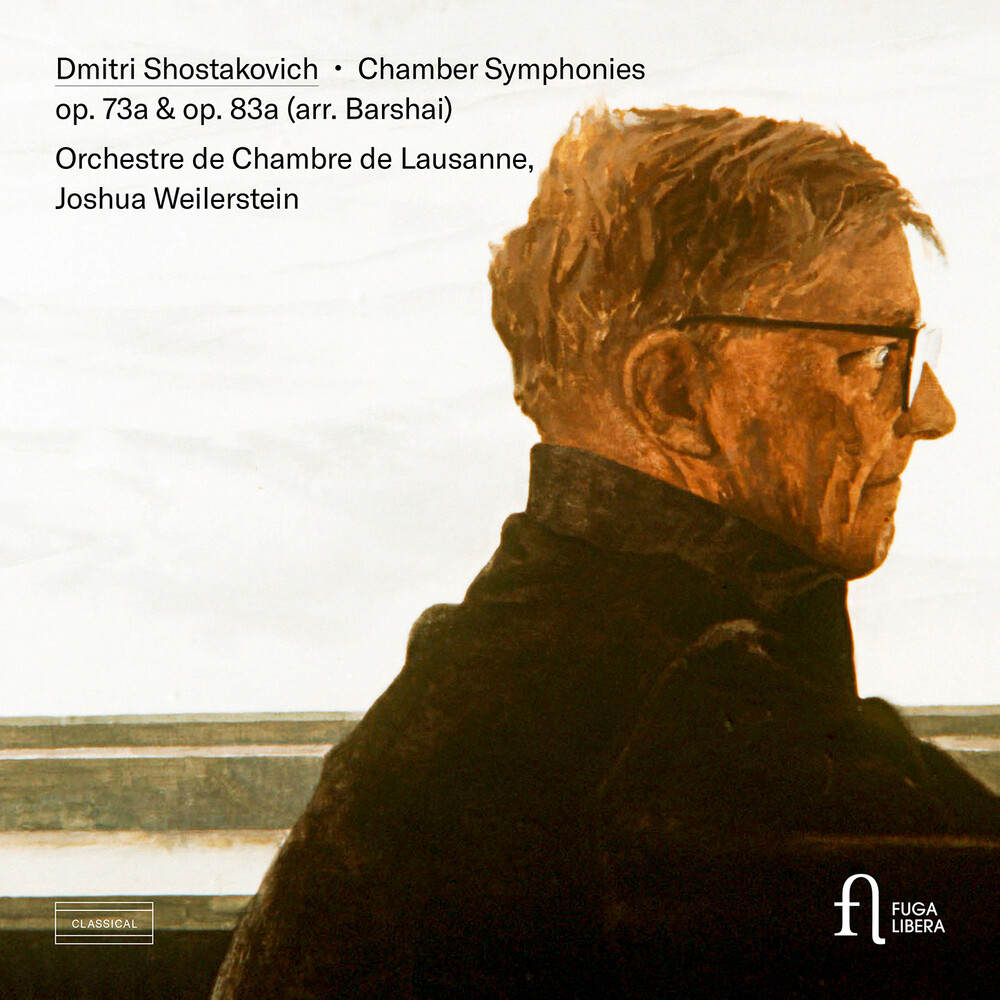 Founded nearly eighty years ago, the Orchestre de Chambre de Lausanne enjoys an enviable reputation and has welcomed the greatest artists as it's guests, from Clara Haskil and Alfred Cortot to Murray Perahia and Martha Argerich, from Paul Hindemith to Günter Wand. Despite it's long history, the orchestra has had only six musical directors, including Armin Jordan from 1973 to 1985. The young American conductor Joshua Weilerstein succeeded Christian Zacharias in 2015. In addition to his conducting skills and his interest in rare repertory, he has also brought a love of musical outreach. His very popular podcast, 'Sticky Notes', discusses music in an accessible way. This recording is devoted to Shostakovich's Chamber Symphonies opp.73a and 83a, which are Rudolf Barshai's arrangements of the String Quartets nos. 3 and 4. Barshai, one of the leading violists of his time, was a friend of Shostakovich and their collaboration was long and intensive. The chamber orchestra arrangements of these famous quartets offer a completely different perspective on the original works and were praised by Shostakovich himself, who reportedly said of one of them that it 'sounded better than the original'. As a complement to the two works, Joshua Weilerstein shares his interpretation in a bonus spoken word track.