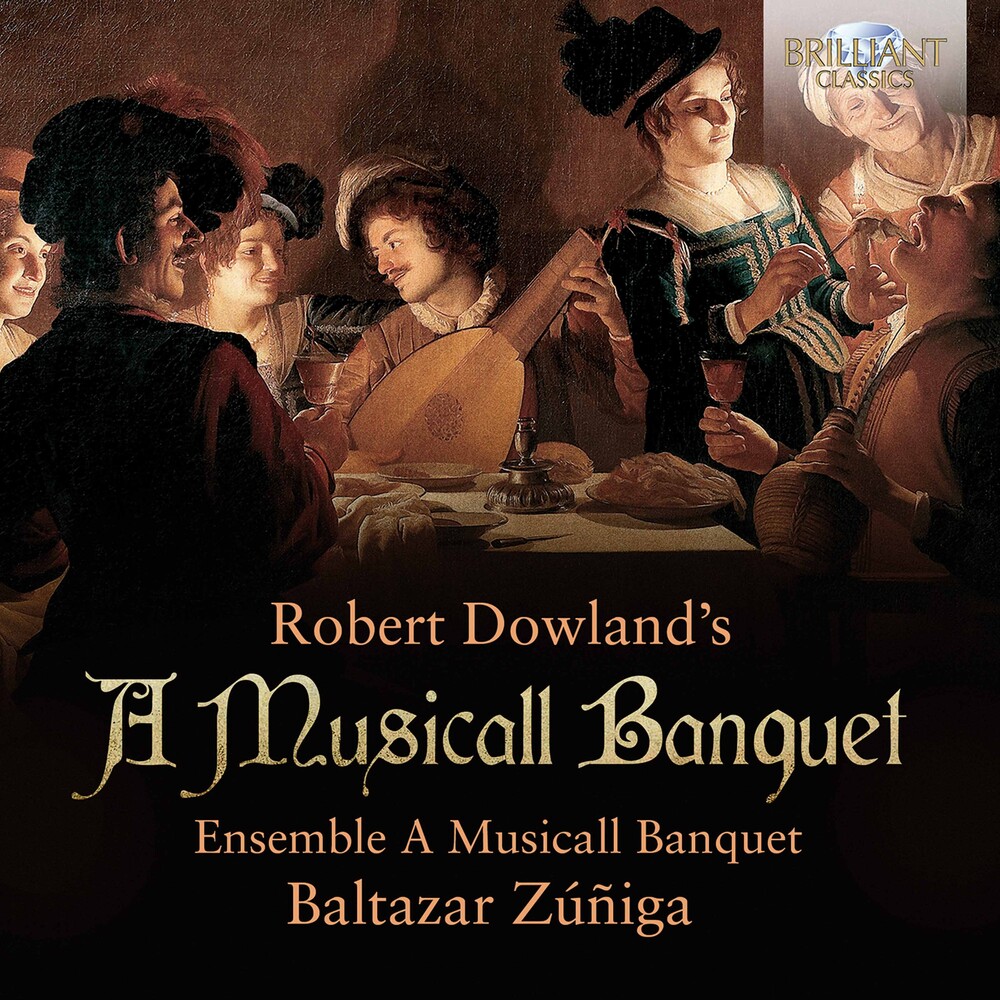 In 1610, the lutenist Robert Dowland, who had just turned 19, published two anthologies in quick succession that are today considered vital for our understanding of both the lute and Elizabethan vocal music. The first, A Varietie of Lute Lessons, which as the title suggests features lessons but also a long essay on European lute production, contains important information on lute performance, in part originating from his esteemed father, John Dowland. It is not far-fetched to imagine that Robert's father also had a part to play in the second book, A Musicall Banquet - John had returned from the Danish court some time previously and is represented by several pieces in the anthology. Adhering to the culinary metaphor of the collection's title, this Banquet comprises 'recipes' from different countries with different levels of technical difficulty, and is made up of 'dishes' already taste-tested so as not to poison 'diners', in other words, established pieces that were nonetheless as yet unknown to the English public. Robert opens his anthology with a large selection of English songs, taken from what was by that point a well-established repertoire: at the time Banquet was published, an impressive 24 books of songs had already been printed, beginning with John Dowland's First Booke of Songes or Ayres, published in 1797. The next group of pieces in the collection belong to a genre that could be considered the most similar to the English song, the French air de cour, in the sense that the latter, at least in it's most ancient form, influenced the development of the former. The air de cour for voice and lute was enjoying enormous success thanks to the scores Robert Ballard began publishing in 1608. The selection of Italian pieces is the most significant part of the collection.