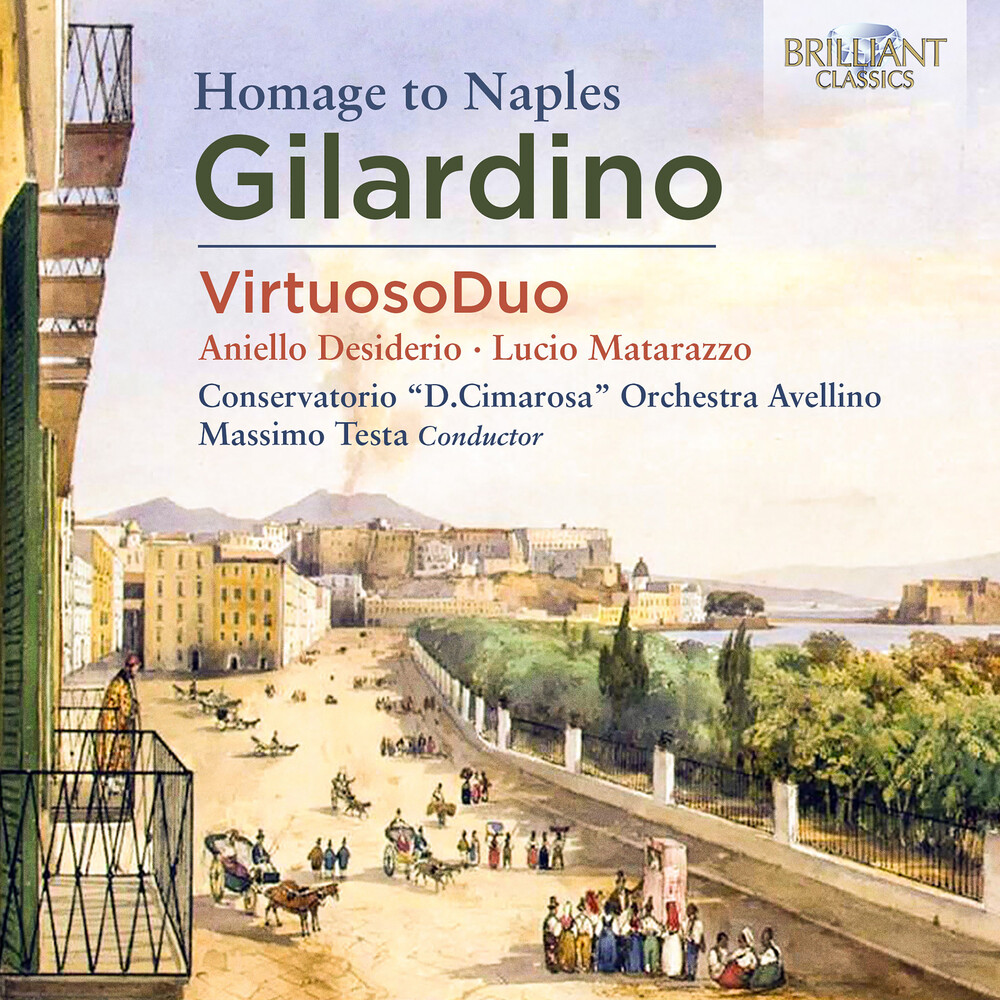 The history, legends, culture, art and music of Naples were constant companions to composer Angelo Gilardino in his formative years. Never attracted as a composer to pictorial music, he does feel that the impressions derived from the experience of places and literary works leave profound imprints on the emotions and the intellect, which can provide the impulse to write music associated with a particular place. A project to create music based on the mythical Parthenope (precursor of modern Naples) began with a conversation between Gilardino and two Neapolitan masters of the guitar: Aniello Desiderio, virtuoso guitarist acclaimed throughout the world; and Lucio Matarazzo, who embodies the forthright Neapolitan style so typical of the school of Eduardo Caliendo (the guitarist who collaborated in the performances and recordings of Roberto Murolo). Having joined forces in a new duo, the two guitarists asked Gilardino to compose a concerto for guitar and orchestra, and he replied with the Concerto del Sepeithos for two guitars and orchestra in 2013. The river Sepeithos (Sebeto) flowed through ancient Neapolis, and Gilardino was drawn to accounts of the raging current making it's way through the city and into the sea at today's Piazza del Municipio. The duo's response to the Concerto del Sepeithos was another request: for Gilardino to write a Sonata for two guitars for them, as well. In 2014 they were rewarded with Riviera di Chiaia - Passeggio reale, a piece evoking an imagined Naples informed by impressions ranging from Cimarosa to Anna Maria Ortese, Leonardo Leo to Nicola Pugliese. In particular, the composer was reading Pugliese's novel Malacqua (Four Days of Rain in the City of Naples) while writing the second movement, 'Pioggia' (Rain).