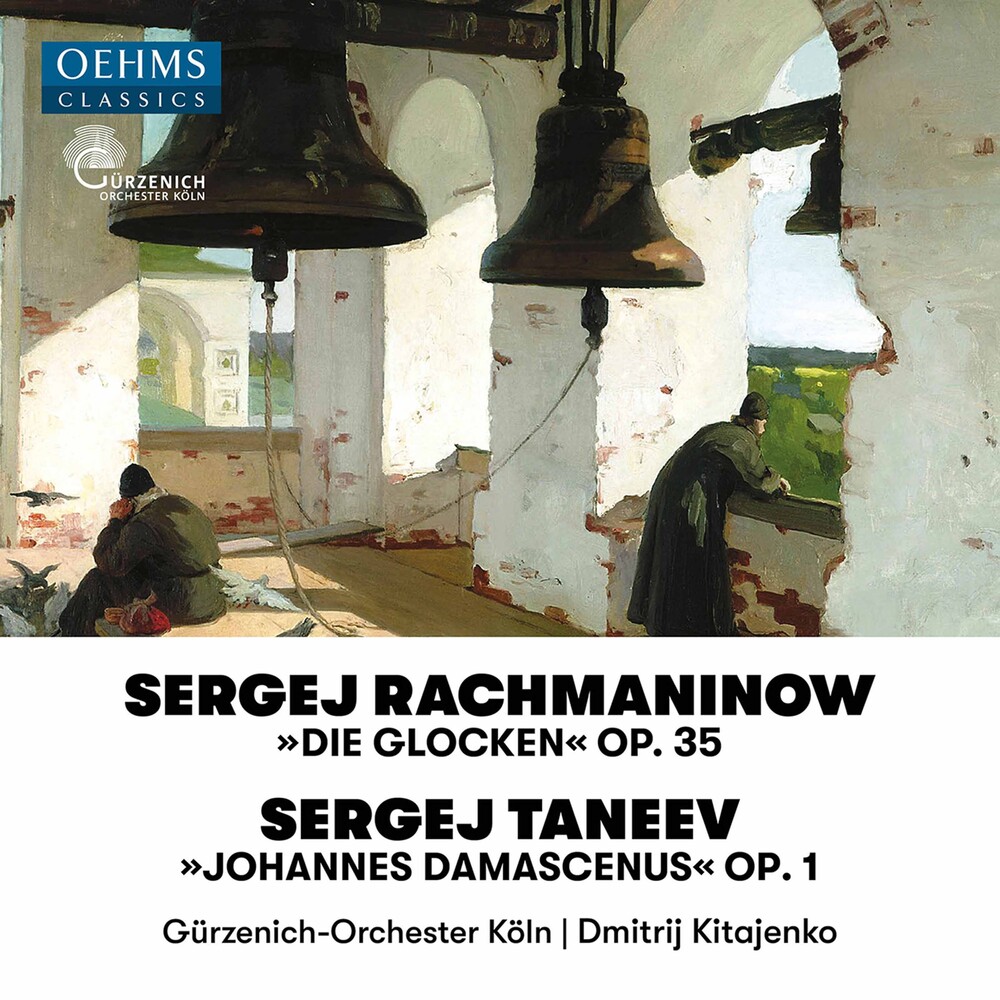 Inspired by the American poet Edgar Allan Poe (1809-1849), the symphonic poem "The Bells" was written in 1913. In four parts, it describes the different features of bell ringing: children's sleigh bells in the first section, the wedding bells of a young couple in the second, alarm bells for a misfortune in the third and mourning bells in the fourth one. In his work, Rachmaninoff uses the text version by Konstantin Balmont (1867-1943), who freely rewrote the text by Edgar Allan Poe. Rachmaninoff adeptly avoided onomatopoetically emulating the sounds of bells with carillons and similar percussion instruments. Between counterpoint and Russian church hymn: Escape from the world and faith in a moving cantata Taneyev had learnt his technique of composition from Bach's and Handel's polyphony and pursued the idea of combining counterpoint and Russian folk music. The cantata Ioann Damaskin ("Johannes Damascenus"), created 1883-84, refers to a longer poem by Aleksej K. Tolstoj (1817-1875). It deals with the flight of the world from John of Damascus (around 650- before 754) from the worldly crowds to the spiritual retreat. However, from this very long poem Taneyev selected merely 16 lines as the source for a church cantata without reference to the biographical background. It is purely about man's path through life in darkness and fear and redemption at The Last Judgement. The counterpoint of the work, learnt from Baroque music, takes a special position in Russian late Romanticism.