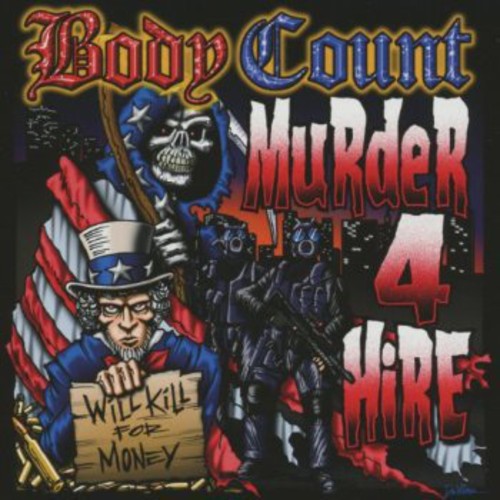 Ice-T (born Tracy Morrow) has proven to be one of hip-hop's most articulate and intelligent stars, as well as one of ist most frustrating. At his best, the rapper has written some of the best portraits of ghetto life and gangsters. Body Count proved to be a major turning point in Ice-T's career. On the basis of the track 'Cop Killer' - where he sangt from the point-of-view of a police murderer - the record ignited a national controversy; it was protested by the NRA and police activist groups. Murder 4 Hire is the fourth album by American heavy metal band Body Count. Originally released in 2006, it was the first album from Body Count in 9 years. It is one of the hardest and heaviest albums of that year and the best in the history of Body Count - an amazing fusion of rap and metal that keeps you listening to it over and over again.
back to top