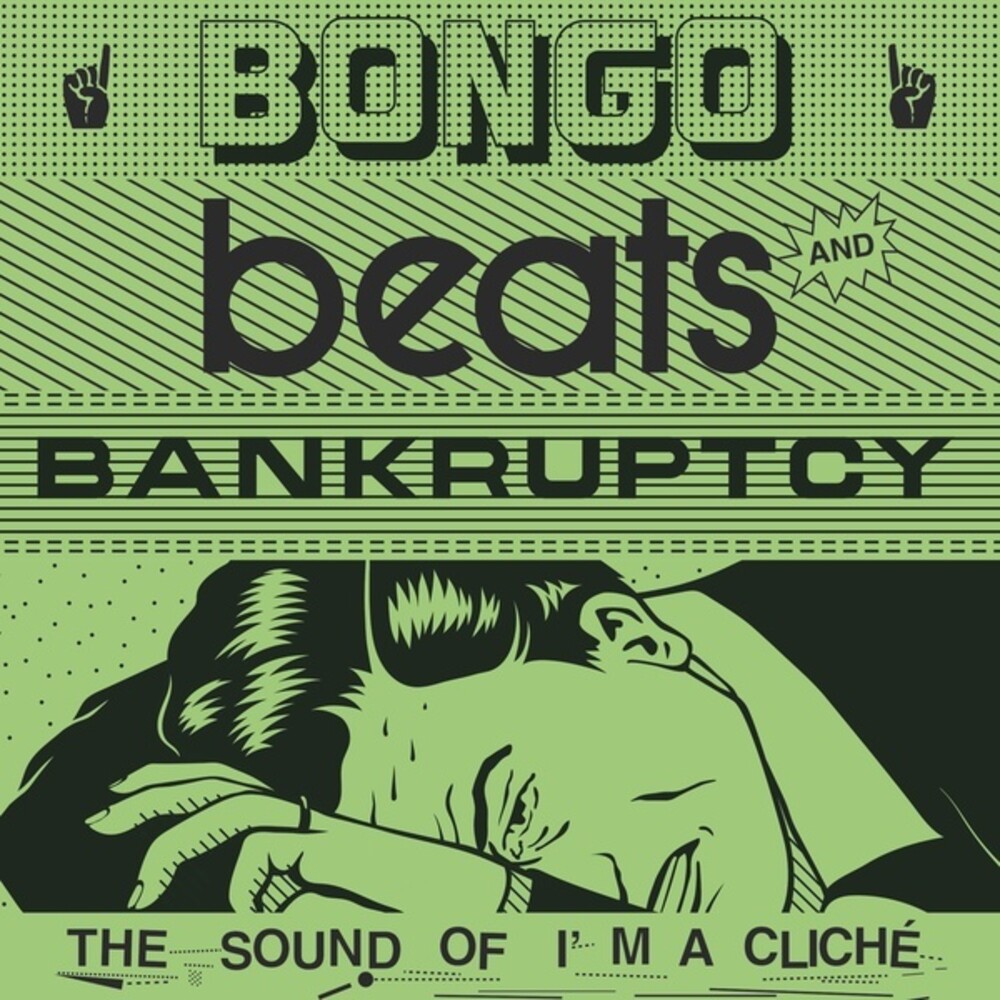 Independent labels have always been risky ventures, marred by uncertainty; you never know how long they'll last for. Yet, for more than 15 years, Cosmo Vitelli has kept I'm A ClichĂ© going. During this time, his label, it's releases, and the artists behind them have found their place in the musical landscape, standing proudly and defiantly in the margins, a place where music is always more interesting and fluid than right in the middle of the spotlight. After countless EPs, several albums, and a compilation, a new chapter in I'm A ClichĂ©'s story begins, one with a greatly reduced release schedule. To mark this turning point, the label releases Bongo Beats and Bankruptcy, it's second compilation ever. Aesthetically coherent and simultaneously diverse in it's expressions, Bongo Beats and Bankruptcy is a celebration of the label (and the label manager's) quirks and eccentricities and a tongue-in-cheek snapshot that brilliantly captures the label's DNA, featuring friends and allies along with newer faces on 13 exclusive tracks scattered over three LPs. Whether they are downtempo, up-tempo or ambient, like Orestt's contribution, each tune on this compilation distills in it's own idiosyncratic way I'm A ClichĂ©'s essence: electronic music influenced by club culture but in no way constrained to the dancefloor. Ivan Smagghe and Marc Collin's analog synth track by their acclaimed Volga Select project, June's dreamy tune at the crossroads between wave and kraut influences, Coy's mutant synth arpeggios, and an old-school wave cut by Oliver Decrow mixed by Dunkeltier are all tracks boldly standing on the dancefloor's margins. For those looking for club-ready tracks that with I'm A ClichĂ©'s one-of-a-kind atmosphere will surely find what they are after in an downtempo edit of Awkward Corners, a bouncy and melodic IDM not IDM number by Rouge MĂ©canique, a bleeps and pan-pipes affair by BenoĂ®t B, an esoteric dance-rock number with stated Lynch influences by Fantastic Twins, a freaky electro cut by Linja, a melancholic 707 driven banger by Krikor and finally an anxious and forward-thinking half-stepper by label head Cosmo Vitelli. Also features Awkward Corners, Sunju Hargun, Andrew Claristidge, and Odopt. Edition of 300.