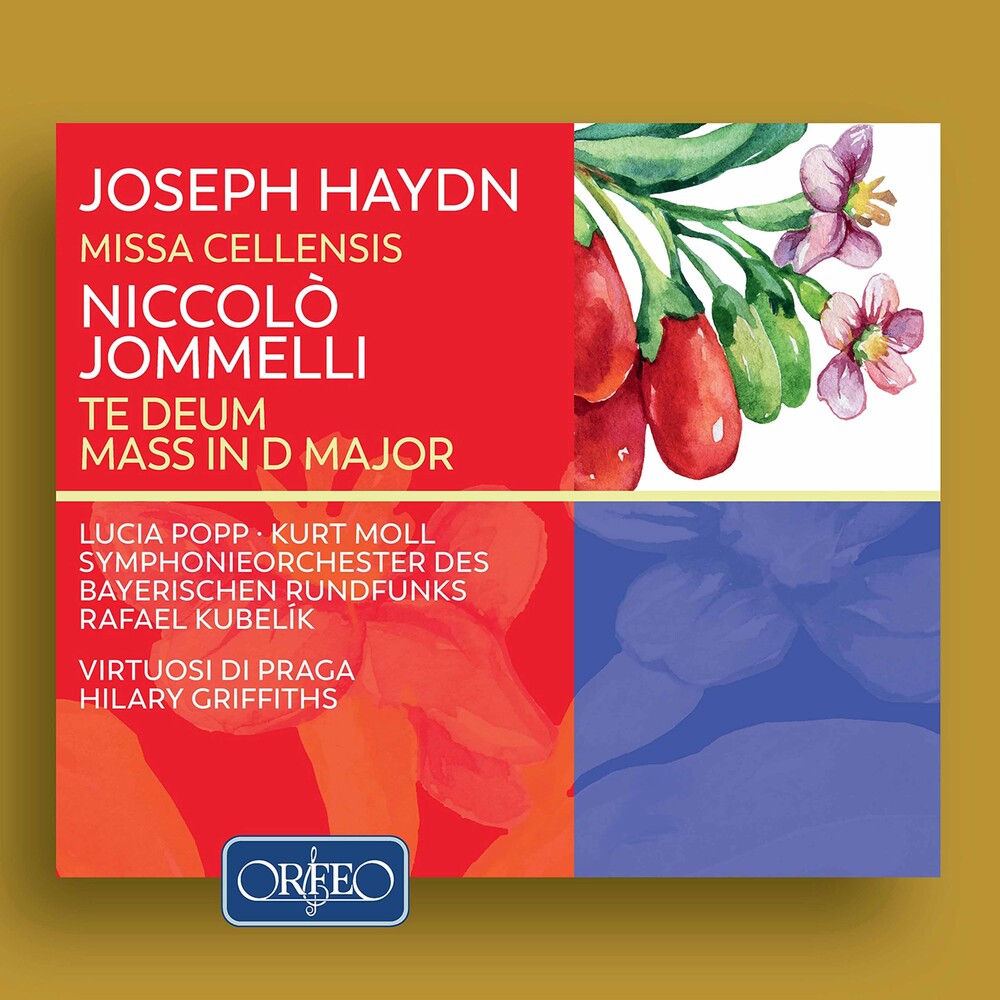 Known as St Cecilia Mass, Haydn's fifth Missa is the longest and most complex setting of the Latin Mass text. Rich in elaborate contrapuntal interweaving and with a duration of more than one hour, it reveals Haydn the opera composer. The present recording of a concert, performed in 1982 in the Ottobeuren Basilica with the Bavarian Radio Symphony Orchestra and Choir under the baton of Rafael Kubelik, is still considered a reference recording of the work. Niccolò Jommelli's Mass in D major and his Te Deum were both written during his time at Charles Eugene's Württemberg court, where he is said to have held the highest paid musician post in Europe. The Württemberg court loved French music and at the same time the virtuoso Mannheim school. These, together with Jommelli's Italian roots, also shaped the composer's stylistically diverse sacred oeuvre. The Te Deum with a brief length of not even a quarter of an hour, was frequently played even up until the early 19th century.