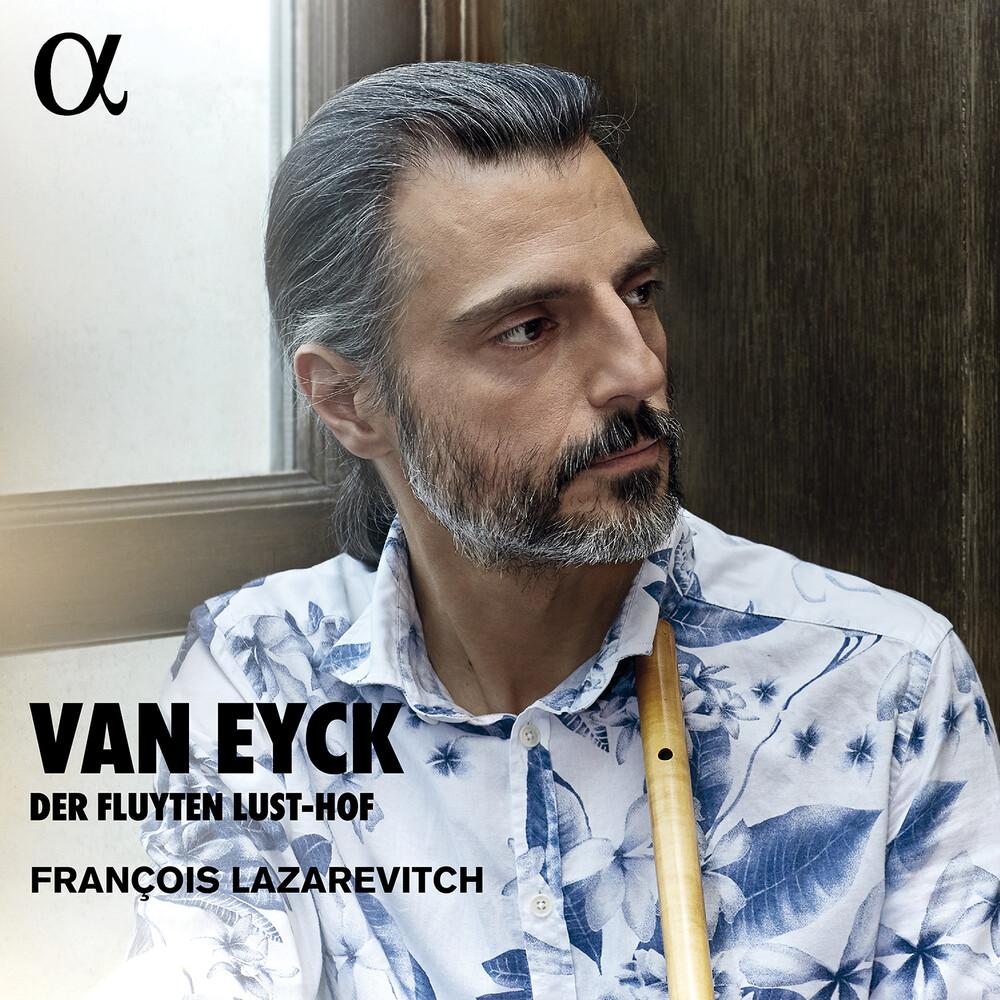 Published in Amsterdam in the mid-seventeenth century, Der Fluyten Lust-Hof (The Garden of Flute Delights) is a collection of variations for solo flute on the 'hits' of European music of the time, borrowed from such composers as Caccini, Dowland, Bull and Moulinié. It's Dutch compiler, Jacob van Eyck, was born blind. As carillonist of Utrecht Cathedral, subsequently in charge of all the city's chimes of bells, he made fundamental advances in acoustics and bell tuning. Despite this busy activity, he also found time to play the recorder as a virtuoso, especially 'to entertain strollers in the garden of St John's Church in the evening with the sound of his little flute'. It was probably the repertory built up in this context that he published under the title Der Fluyten Lust-Hof. For this recording, François Lazarevitch uses instruments characteristic of Van Eyck's time: not only the recorder, but also and above all cylindrical transverse flutes, as well as a seventeenth-century musette.