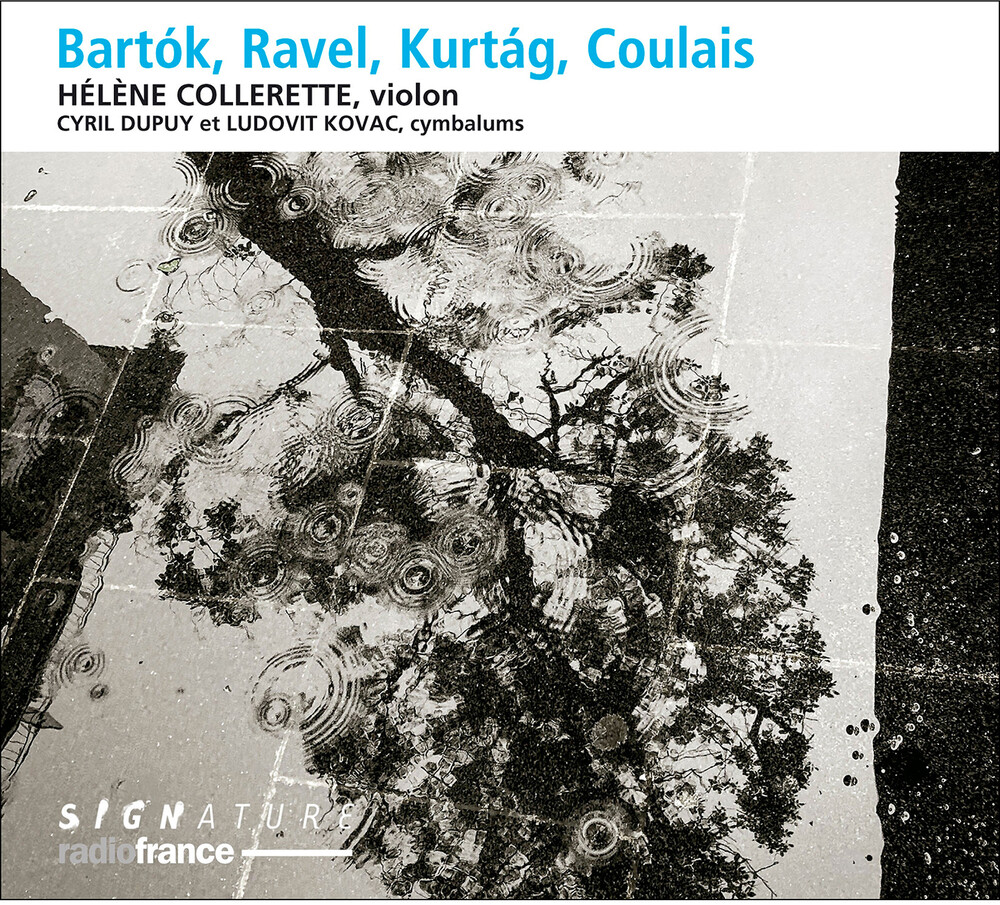 "Romanian folk dances" (1915) a suite of six short works for piano composed by Béla Bartók, is performed here in an arrangement for violin and cimbalom. Bartók wrote his Solo violin sonata (a commission from Yehudi Menuhin) in 1944: The folklore omnipresent in the "Romanian folk dances" is completely submerged in this monumental sonata by a vibrant homage to Bach's music. Maurice composed "Tzigane" in 1924. For this "virtuoso piece in the style of a Hungarian rhapsody", Ravel, ever keenly attentive to timbre, chose a unique instrument to accompany the violin: the luthéal, an instrument "able to reproduce the sound of a harpsichord, the sound of a harp or a lute and, by a simultaneous combination of every register, the sound of a cimbalom." For this recording, Hélène Collerette asked Ludovit Kovac and Cyril Dupuy to propose a version for violin and two cimbaloms. György Kurtág is especially well-known for his compositions in short forms, here the "Eight duos for violin and cimbalom" (1961). There is no trace of folklore in the writing, but in using a "zimbalo ungherese" for these duos with violin, Kurtág is paying homage through timbre and colour to his cultural patrimony. Bruno Coulais composed "Mosaïque" (2018) for this recording. This suite, freely modal in style, is made up of several poetic character pieces designed to highlight the sonority of the instrumentalist.