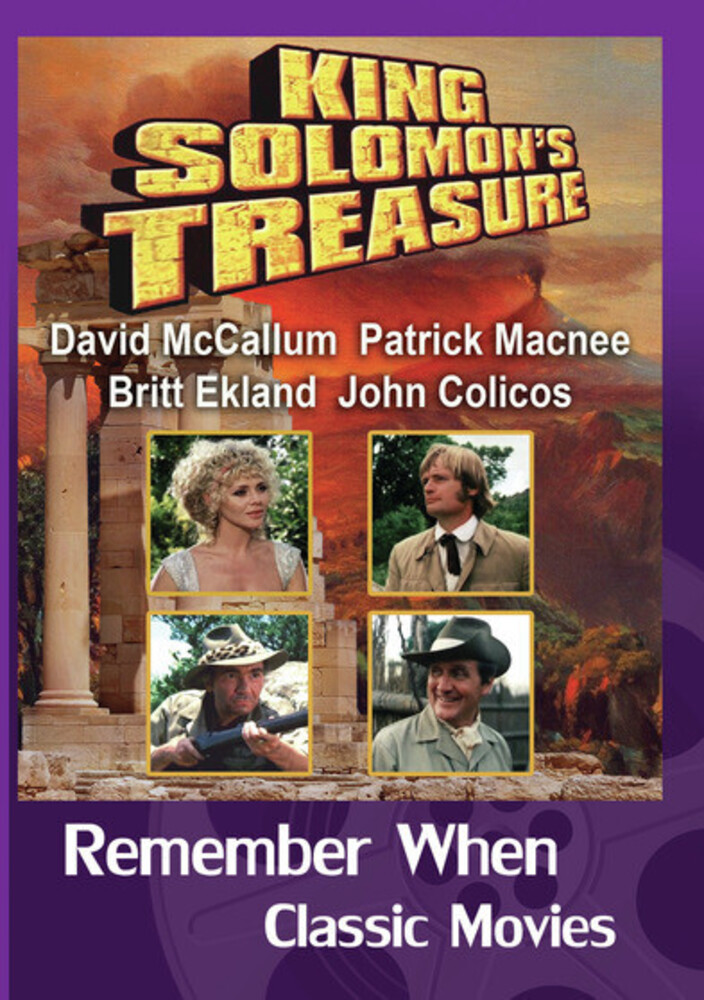 King Solomon's Treasure is a 1979 British-Canadian film based on the movie King Solomon's Mines and stars John Colicos, David McCallum, Britt Ekland and Patrick Macnee. The film was shot on location in Africa as well as in London and Canadian studios. An Englishman traces a priceless medallion to the lost treasure of King Solomon and organizes an expedition to go after it, unaware of the hideous creatures that are guarding the loot. Legendary adventurer Allan Quatermain (John Colicos) leads an expedition into the mysterious depths of Africa in search of the vast treasure of King Solomon. The team of explorers must escape blood-thirsty natives, erupting volcanoes and prehistoric monsters in their quest to reach a fabled lost city that has been hidden in the uncharted wilderness for thousands of years. When they reach their goal, an even greater danger greets them in the form of beautiful Queen Nyleptha (Britt Ekland). Swedish 'Bond' girl, Britt Ekland, and a strong cast of well-known British actors power this exciting epic inspired by two of H. Rider Haggard's classic adventure novels, King Solomon's Mines and She. McCallum later said he did the film 'because I got to go to Swaziland'... The movie is something you'll have to see in order to appreciate the film in it's full uniqueness.