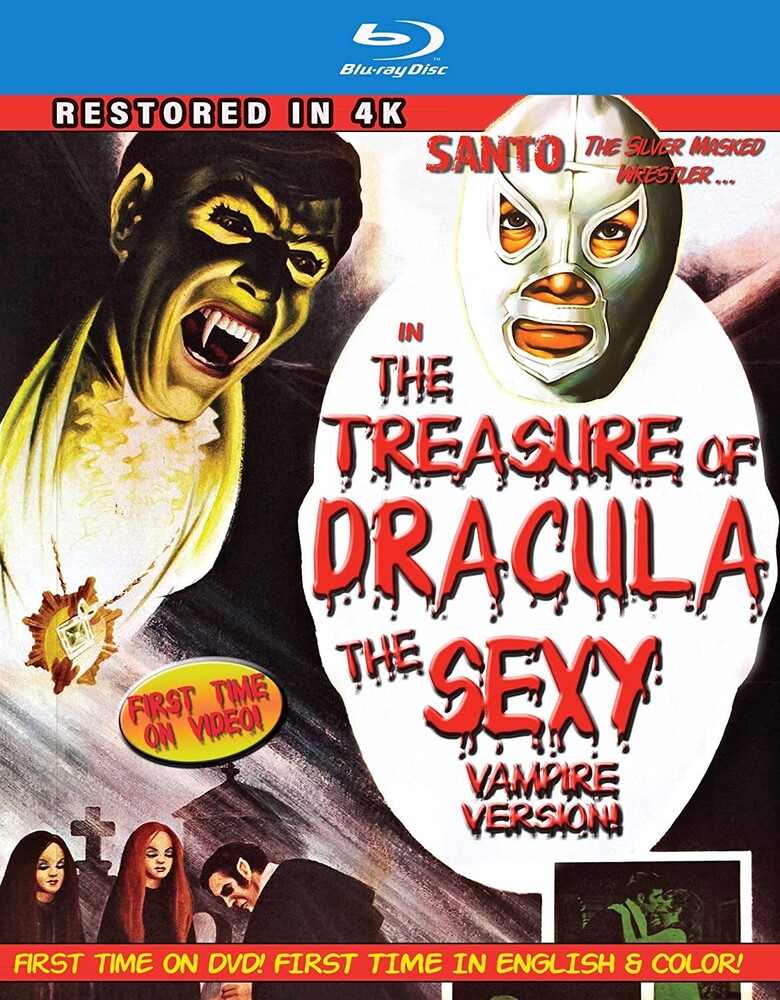 After inventing a time machine, Mexican wrestler, El Santo, uses it to go back in time to track down the location of Dracula's hidden treasure. This is with the noble intention of using the treasure to help fund a children's hospital. In his quest to obtain the treasure, he is forced to face down and battle Dracula and his bevy of beautiful, vampire vixens. The original 1969 release of "Santo en El Tesoro de Drácula" was black-and-white and featured no nudity. The film was simultaneously shot in colour featuring full frontal nudity for European markets and finally released in Mexico in 2012 as "El Vampiro y el Sexo."